Edited and reviewed by Giovanna Imbernon

Just when the world economy was sailing smoothly after the double economic shocks of the Great Financial Crisis of 2008 and the Euro crisis of 2012, the COVID-19 Pandemic has once again managed to disrupt world economies. This unexpected jolt to the economies has compelled all central banks to introduce immediate monetary policies to save their grappling economies from crashing. Although the magnitude of the disruption varies from region to region, this article seeks to address the pandemic’s impact on Brazil’s economy and the subsequent monetary policies taken up to upturn the supply of money in the Brazilian economy.

Monetary policy refers to the macroeconomic policies undertaken by a country’s central bank to manage economic growth and money supply,[1] and are carried out to realize objectives such as inflation, liquidity, growth, and consumption in an economy.[2] Open market operations, altering the amount of money that banks are required to maintain as reserves, modifying the interest rates, moral persuasion, etc., are a few of the instruments used to pump and constrict the flow of money into an economy. 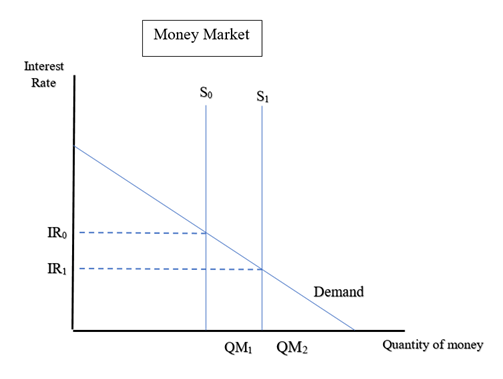 Brazil’s Economy before the Pandemic

Brazil has had a very volatile economic history. It is characterized by recurrent cycles of booms and busts. However, since the introduction of Plano Real (“Real Plan”) in 1994, Brazil has had a fairly stable macroeconomic environment.[3] The economy came to a screeching halt in 2014 when a severe economic crisis hit the country due to the 2014 commodity price shock and internal economic measures’ failure.[4] Just when the Brazilian economy was recovering from the 2014 crisis, COVID-19 caused another blow to the economy.

The imposition of lockdown and other precautionary measures led to a staggering dip in economic activity and consumer demand. GDP grew at a sluggish rate of 0.5% in the fourth quarter of FY2020.[5] The unemployment rate was exceptionally high at 14.7%, and the Index of Industrial Production (IIP) growth declined to an astounding -3.8% in March 2020.[6]

To prevent an economic fallout and increase the supply of money in the market, the Central Bank of Brazil (BCB) deployed a sturdy monetary policy to fight the current crisis. One of the salient instruments of the Brazilian monetary policy was its use of the Selic rate. Selic rate is the weighted average interest rate of overnight inter-bank operations, collateralized by federal government securities.[7] The Monetary Policy Committee (COPOM) decides the Selic rate, which the BCB is obligated to maintain by performing daily open market operations.[8]

As a result, the Selic rate was reduced to a historical low of 2% on 9 August 2020 to fight the crisis.[9] This lower interest rate made it cheaper to borrow money. Now, the ones who were previously not willing to borrow money due to high interest rates will begin to borrow because of the cheaper borrowing costs. This results in an increase in the supply of money in the market. The excess money leads to an increase in spending and investment as it reduces the incentive to save. This, in turn, leads to an increase in aggregate demand. The rightward shift of aggregate demand increases the price level as well as the output produced in the country. Thus, closing the recessionary gap and producing output at its fullest potential. The graphs in Annexure 1 and Annexure 2 explain how monetary injection helps boost the Brazilian economy’s growth rate. 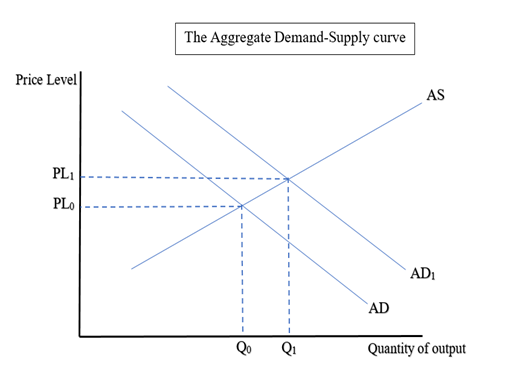 A year after Covid-19 took the country by storm, looking at the state of the Brazilian economy shows that the monetary policy, along with the government’s fiscal measures, helped the economy run positively. Its economy grew by 3.2% in the fourth quarter, and household consumption shot up by 3.4%, along with a 20% surge in fixed business investment.[10] Although the overall GDP dropped by 4.1% in FY2021, it is way below the projections made by various economic think tanks such as the World Bank (8%) and International Monetary Fund (9.1%).[11] However, this economic growth could only last for a short while due to the rising fear over the new wave of coronavirus, rising inflation, and dwindling exchange rates.

As worries over the second strain of coronavirus persist, there have also been concerns over their old foe – inflation. The increase in monetary supply led to an inflation rate of 5.2%, which is way above the BCB’s mid-point target of 3.75% for FY2021.[12] The Producer Price Index also accelerated sharply by 23% in January 2021.[13] This made the BCB increase the Selic rate to 2.75%, and financial analysts predict another increase.[14] This would also help the country revive its dampening exchange rates, which fell 22.9% below the dollar in February compared to last year. Generally, lower interest rates make foreign investments unattractive. Thus, decreasing the demand for Brazilian Real and causing a reduction in its currency’s value.

The coronavirus pandemic has posed a unique problem to the Brazilian economy. It is stuck in a balancing act between a weak economy and rising inflation. While the more than expected hike in the Selic rate does keep inflation in check, it could have significant implications on economic growth. I believe that the government should look for a milder approach to check inflation considering the economy’s downturn due to the second wave of coronavirus. An increase of 50 basis points would have been more desirable than an increase of 75 basis points to balance economic growth and inflation suitably. However, Brazil has been far more successful than many of its contemporaries in handling the coronavirus pandemic. Its robust monetary policy managed to bring back the economy on track and encourage consumer spending and investment.

*Kanishka Bhukya is a 2nd-year law student at the National Law School of India University, Bangalore. His main topics of interest include International Economic Law and Sovereign Debt Restructuring.